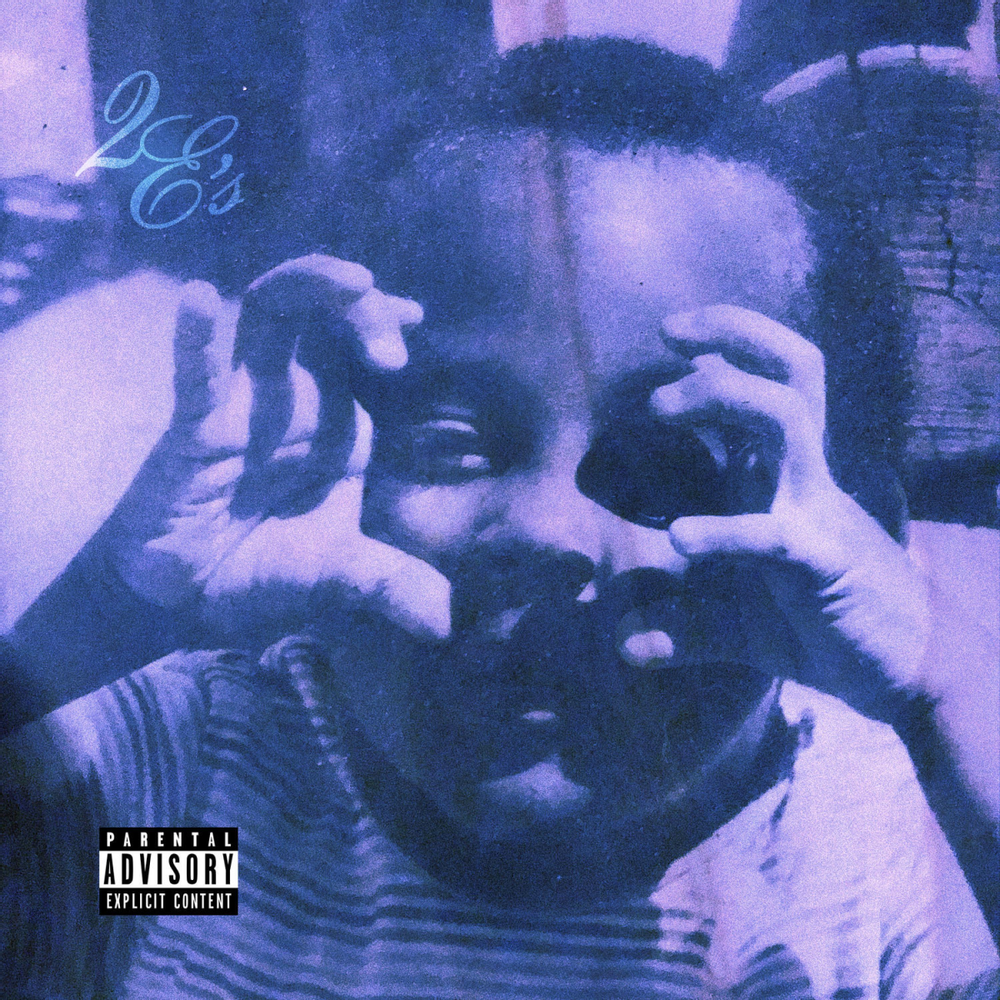 Last year, Big Matloc from Tacoma Hip-Hop Group Pyranha Gang released his debut album Act Accordingly. It was serious, contemplative street music and I had have had it on repeat for a year. Luckily for us, Matloc just dropped his second album, 2 E’s. This is an ode to the Eastside if you do not know and the cover art on the album verifies the turf. The album cover is a picture of a young child, probably Big Matloc himself, hitting up two E’s with toddler hands. It is as thorough as it gets and is a testament to how hard Big Matloc bleeds his soil.

The album starts off dark and heavy and this is Big Matloc’s lane. His music is depressing in the sense that it paints such a vivid, true picture of the pitfalls of the streets that it is impossible to not get in your feels when you hear Big Matloc bleeding on the beat. Matloc has a deep, rough voice and he chooses simple yet cinematic beats. His Hip-Hop has a real melancholy feel to it. It is not celebration music. It is struggle and survival music.

Song 3, “The Pull Up” has a nice hook sung silky by Payton. This is a go out and get it song. Think rolling in the whip, hitting spots, picking-up your chicken, making drops/pick-ups etc. This is motivation music for the hustlers out there.

“Wrong Things” is the next song and it is all about the ups and downs of trying to be in a relationship when you still have feet on the street trying to make things happen. Matloc knows and expresses how one cannot commit to the street and the hustle and commit to a woman completely. It is a good example of the thought-heavy, conscious, serious contemplative street music Big Matloc excels in making.

To follow-up with that sentiment of “Wrong Things”, Matloc goes into his next track, “New Bitch”. This is cold, pimp game so if you do not know you will know how to move after these lessons are laid.

“Pacc’d Out” features ESO FT and Rallo G of Pyranha Gang. This is the closest thing to a posse cut this album has. All MC’s spit heat sticking to 100% facts. It is a warning to others to stay away at a safe distance and to not get in the way of this crew getting it.

Perhaps the boldest track on the album is song 7, “I Am the EAST”. It is quite the claim but at this point who can really argue? Check how Tacoma these lyrics are,

Get a true street education listening to these gold-bars. The song continues with hella notable barbs. There are rewind repeat worthy bars on this track.

The rest of the album is stacked with thick, macking at a woman rhymes and sinister, melodic, grooves. Matloc is either getting at his woman or he is securing his ends in the streets. Either way he is moving with the G-Code and not making any slip-ups.

Then we get to song 9, “Trained Assassin” and the music switches-up from Westcoast synth beats to a soulful, syrupy, slow sample-heavy beauty of a beat. It shows Matloc can ride any groove.

CHECK OUT 2 E’s AT THESE STREAMERS BELOW