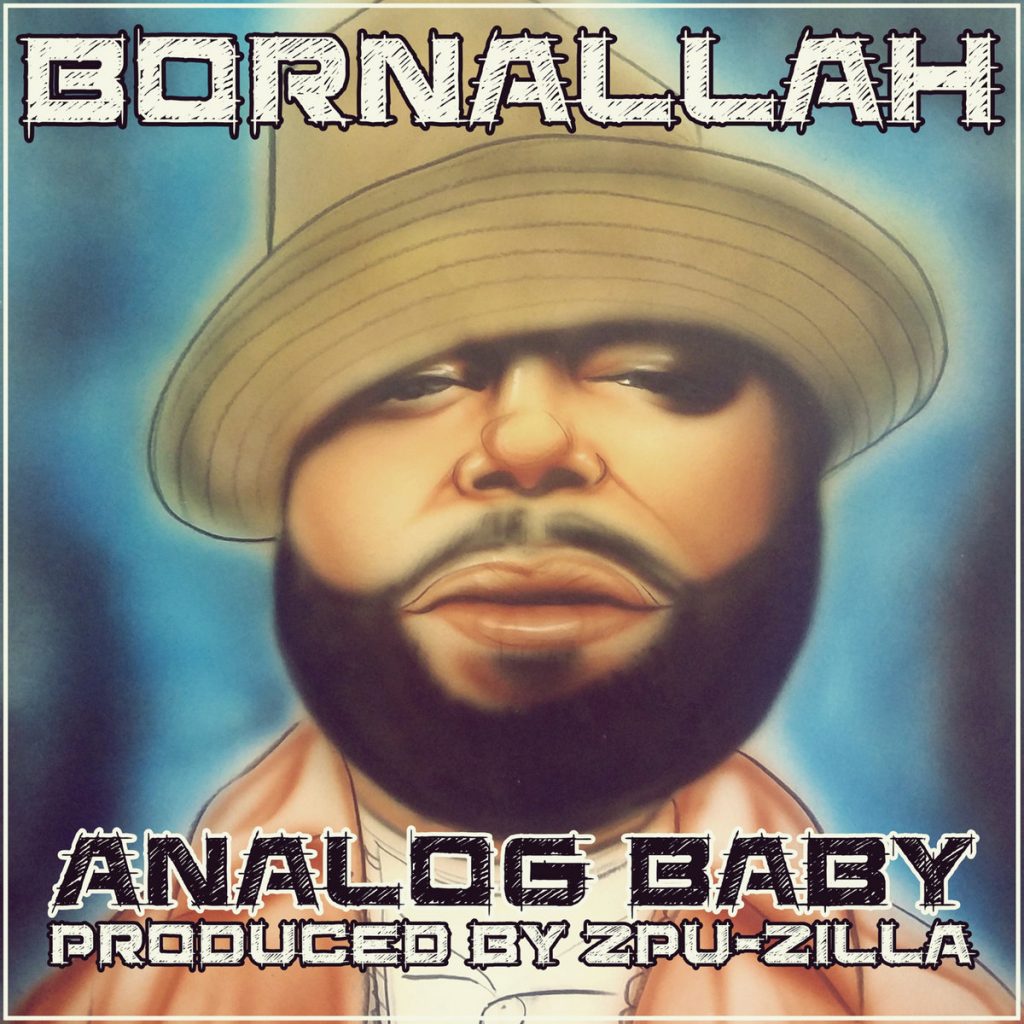 I haven’t been listening to a lot of new music lately. With the holidays, work projects, and a move coming up, I just don’t have time to check out new tracks. I’ve been listening to a lot of old favorites and nostalgic stuff. I wouldn’t describe it as a ‘funk,’ but definitely a musical rut. Born Allah’s Analog Baby seemed to do the trick of pulling me out of that rut.

Born Allah’s music has this nostalgic but dope sheen over the top of each track. Many of the songs on Analog Baby are either inspired by or sample gospel music, including the bombastic opening track Dedication. Underneath that there is this strange, but not out of place electro-inspired little bits and pieces. Sometimes it’s as simple as a click track, sometimes it’s a little riff on a synth. Either way, Born Allah and producer Zpu-Zilla manage to bring it all together in a way that just meshes really nicely. On top of that, Born Allah’s delivery and sense of humor hit in this sure-footed fashion that keeps listeners engaged to each bar.

Which, as always, is a good thing.

Analog Baby is a short EP landing at just over 20 minutes, but Born Allah and Zpu-Zilla manage to pack a lot of punch into that short run time. A highlight for me was “Heterosexual Blues”¸ which was certainly a surprise to me. What I expected a machismo laden, broke-not-woke take on…something. What I GOT was a grounded take on Born Allah’s seemingly straight girl leaving him for another woman, one he happens to be friends with. Throughout the track, the LA MC talks about how he’s not angry or anything (mostly because he’d still smash both of them), but instead is just surprised and happy for everyone involved. It’s a refreshing take on a situation that another rapper may have said some whack shit about.

Overall, the too-short Analog Baby was both a refreshing new project for the New Year as well as a new spin on some nostalgic sounds that I’ve been craving. Since listening to it I’ve been delving into Born Allah’s back catalog and I’m really liking what I’m hearing.

CHECK OUT ANALOG BABY AT THESE STREAMERS BELOW