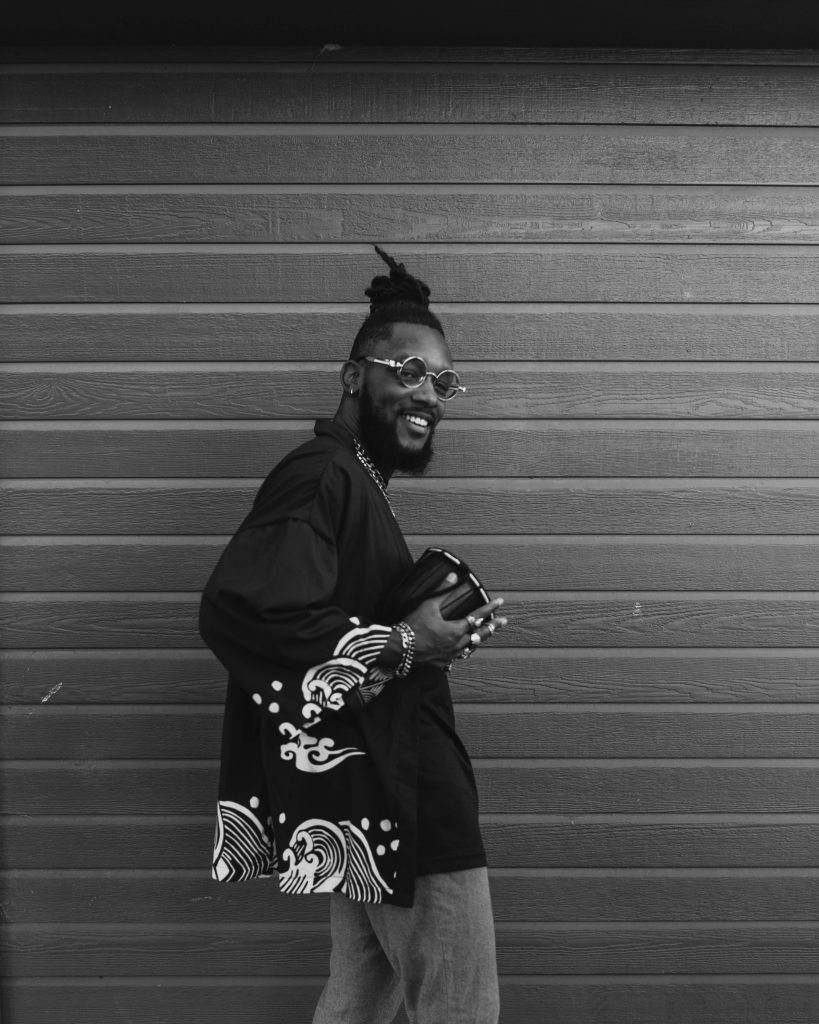 Birds of a feather flock together so when I heard that Nobi’s brother-in-law had a new EP titled I Won’t Move I figured it would be pretty good. Sometimes the stars align and things come together like puzzle pieces. Bass’s new ep is a collection of 3 songs he had previously been working on but now have come together at the right time to make a powerful project. Bass is a reggae/dance-hall/roots artist. He spits with a patois but his songs do have an american Hip-Hop flavor to them.

The first song “They Cannot Hold Us” has a hard, grinding, guitar throughout the song that it gives the track marching orders feels. The beat is produced by (another Chauncey brother-in-law) Topp & Chase Priest and according to Bass, Chase Priest played the guitar so hard that his fingers bled.  Crazy!

The next song is “But If a Man Test Me” and is produced by Nobi. It has a fonky bassline that gives it a bit of a boom-bap tinge. This EP is definitely fight-back music. If you need a soundtrack while you are rolling-up waiting for your comrades to hit the protest then this is it. If you have a good ear, you will hear Lauryn Hill influence the hook on this one. Shout-out L-Boogie.

Bass closes the EP with the title track “I Won’t Move” which features Bass’s sister-in-law Yel. It is a change-up of styles. The music is slowed-down and instead of chanting-down Babylon, the MC’s start talking sweetly and tough into the ears of their Ride or Die’s. Just when you think the song is over it breaks-down into a smooth, simple, spoken-word ode to the Black Woman. It is a nice place to end the project.

Break-up the Hip-Hop monotony by listening to Chauncey Bass’s musical offering and hit these streamers up below.

CHECK OUT I WON’T MOVE AT THESE STREAMERS BELOW