Chicago's Femdot Lets Off Two Hot Ones On BOGO Vol. 2 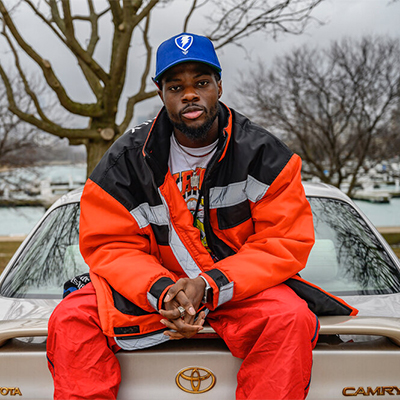 Femdot has firmly made a mark in making that good ride and smoke music.  He stands out in a city full of standouts and we have had our eyes on him since getting hip in the middle of last year (admittedly late on our part).

His new two-track EP is the second volume in his Buy One Get One Free series that he hit us with first in October.  The Chicagoan leads with the Gold Haze produced “Album Mode” where he smacks down sucka shit with the opening lines:
“How y’all got a head start and y’all still lost?
You the type to get stole from and the type I’d steal off.
Who you know this polished but still raw?”
which he follows with about 50 more bars or so of straight diesel, no hook necessary.

The second track “Bishop Ford” breaks down a night that is all too familiar to many when you wanna get right without getting killed or rolled on by one time.  The cut is split into two parts production-wise (handled by Gold Haze and Blvvk) which gives it the feel of Femdot pondering more and more as his night gets later.  It’s a great two tracks you should go peep out now.

CHECK OUT BOGO VOL. 2 AT THESE STREAMERS BELOW