Cool Nutz is Victorious On
New Album
Failure is the Feeling 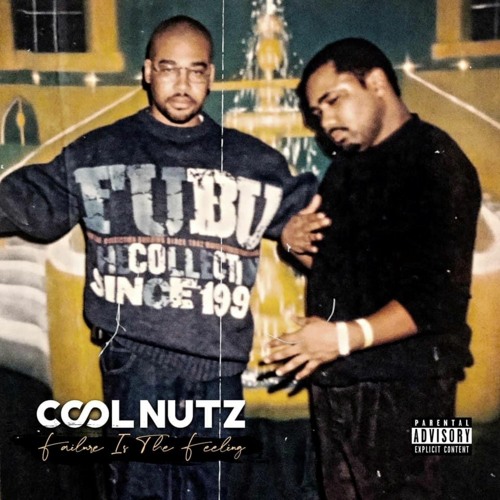 The portfolio of Rose City MC Cool Nutz is a stout one. The Northeast Portland native has been a major player in the scene since the 90’s, and his tenure has been arguably the most consistent in the Top Left’s history.

For anyone unfamiliar with his work, his newest album Failure is the Feeling is an excellent introduction to Cool Nutz’s nearly 30-year career.

Released late last month, Failure runs a tight 40 minutes, but it feels even shorter than that. The production allows each song to flow seamlessly into the next with these little interludes serving as road markers along the way.

The opening track here is refreshingly optimistic. “Jumpstart” is a classic opener, where Nutz raps about fame, making it, and life in Portland. It ends on this uplifting, spoken word message where he assures everyone that 2021 is gonna be the jumpstart, and to be honest, I think we need it. He makes it clear that no matter who you are, if you’re contributing to positive growth in Portland (or anywhere really), then this is gonna be your year. It’s so refreshing to hear genuine positivity coming from the music world, lord knows we need it.

A little later in the album, just before we get to a triplet of “Pain” remixes (a great track from Nutz’s previous album, check ALL these out), there’s the track “Dear PPD”. Framed as an open letter to the police department, Cool is joined by a handful Swiggle Mandela, Jasey Cordeta, Anael Jeannis, and Kool Chief Rocker to share their experiences with the Portland Police Department.

Now, I don’t live in Portland, and I’m fortunate to not have experienced anything similar to what Nutz and friends have gone through. With that in mind, the personal stories they share are heartwrenching and delivered so earnestly that I felt like I could see these scenes play out in front of me. Their anger and sense of vulnerability to this oppression became so apparent. It just speaks to the skill of everyone involved that they can so effectively paint the image of what’s become an all too familiar scene.

I’d also like to talk about the interludes briefly. There are five on the album, all totalling just under 5 minutes. They act as the kind of mileposts throughout the album, serving as introspective breaks from some of the heavier tracks. They mostly consist of a series of commentary on success and failure from other rappers and collaborators. It’s an interesting inclusion, as we get to see a candid look into how different artists see and quantify success.

Overall, Cool Nutz’s Failure is the Feeling is a tightly produced, neatly wrapped 40-minute release that is deeper than it initially lets on. Impassioned, earnest bars delivered by Nutz and his collaborators paint portraits of struggle and success in a sleepy ‘Big City’ like Portland. It’s also a great way to start listening to his substantial back catalog, including the conveniently included remixes of “Pain” which, if you listen to them all in a row, almost meld together in one big epic 12-minute piece with representation from Northern and Southern Cali and Portland itself. A track that is an ode to fallen comrades, hearing all the different artists speak on their losses lends the saddening idea that these affiliates are all linked by death. It’s a sobering way to conclude the album and leaves listeners with plenty to think on.

CHECK OUT FAILURE IS THE FEELING AT THESE STREAMERS BELOW

CHECK OUT
FAILURE IS THE FEELING
AT THESE STREAMERS