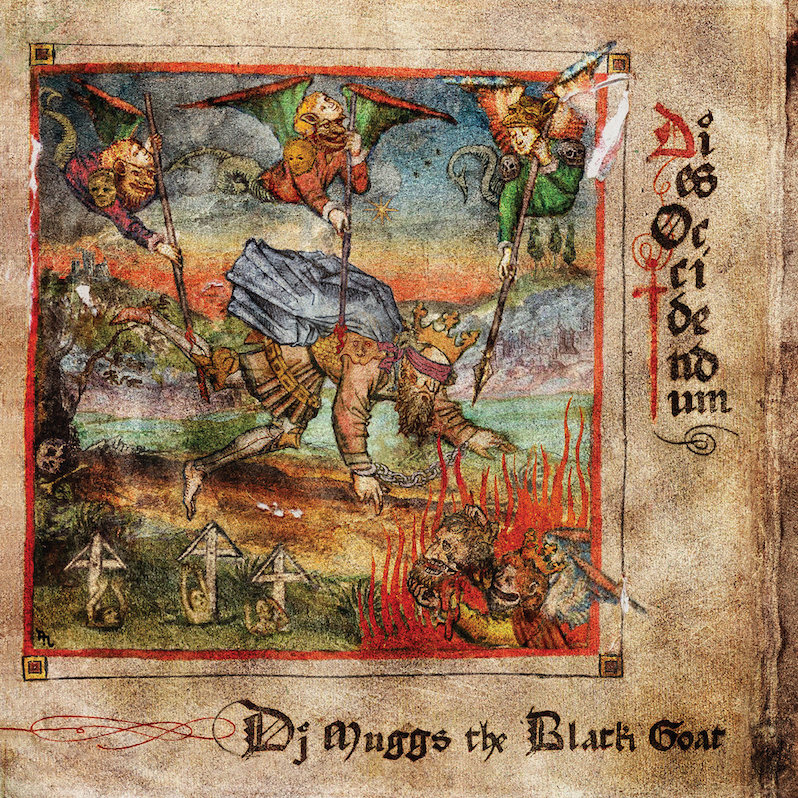 DJ Muggs of Cypress Hill fame has not let the global pandemic slow down his workflow. His latest body of work Dies Occidendum, marks his fourth full-length project to be released in the last 12 months. In October of last year, we saw Muggs join forces with Massachusetts Rapper Al Divino to bring us Kilogram. Later that year Muggs put out Winter, a nine-song project that featured a different artist on each track.

Now, this latest project comes not even a full month after the release of Death & The Magician, Muggs’s collaborative project with New York rapper Rome Streetz. What separates Dies Occidendum from the rest of his recent work is the fact that it’s purely instrumental. The only vocals present during the project’s run time are samples from old movies.

Given the fact that this new instrumental album is coming right off the heels of Death & The Magician, the question must be asked- Does Dies Occidendum sound like a collection of beats that were left over after recording Death & The Magician? The answer is yes. Am I mad about it? No, not at all. Furthermore, it doesn’t seem like Muggs is trying to hide this fact. A quick glance at the album artwork for both projects should indicate that they’re somewhat aesthetically connected. Both covers featured tattered gothic-era art with dark religious themes, depicting demons or hell.

This demonic imagery is a very fitting visual representation of Dies Occidendum. This project is rife with eerie and disquieting instrumentals, many of which feel like sonic Hip Hop hellscapes. Most tracks feature vocal snippets, some of which will be familiar to fans of the Denzel Curry/Kenny Beats project, Unlocked. If you’re looking for a banger on the project, it can be found in the second track, “The Chosen One.” The John Carpenter inspired plinking high piano mix with a choir sample and a thundering drum track in such a way that would make anyone feel a little bloodthirsty. In the second half, some horn hits are added into the mix and the whole thing starts to feel like the soundtrack to some kind of satanic ritual.

The following track “Nigrum Mortem” draws on sounds more indicative of rock and roll than rap. The second half of the track opens up into a blaring and manic drum solo which is mixed in such a way that it sounds absolutely thunderous. Between the huge echoing drum solo and the persistent organ accompaniment, it’s easy to imagine this music being made in an abandoned cathedral.

The closing track, “Transmogrification” is an interesting but pleasant choice. After the first minute, all instruments fall away and the remaining four minutes of runtime are comprised of frogs & crickets chirping and a crackling fire. After such a dark and spooky project, these closing moments serve as a nice form of decompression and a bit of a palate cleanser.

Although this project does stand on its own as an instrumental album, I am still going to keep my fingers crossed for a Dies Occidendum-Remixes project to be released down the line with rappers featured. I could hear Conway The Machine, Danny Brown, 21 Savage, or JID absolutely bodying any number of these beats.|

Potential remixes aside- if you’re driving down a dark stretch of road and want to set the mood with some music that’s 2 parts hip-hop and 1 part horror movie, Die Occidendum would be an excellent choice.

CHECK OUT “ALL MINES” AT THESE STREAMERS BELOW