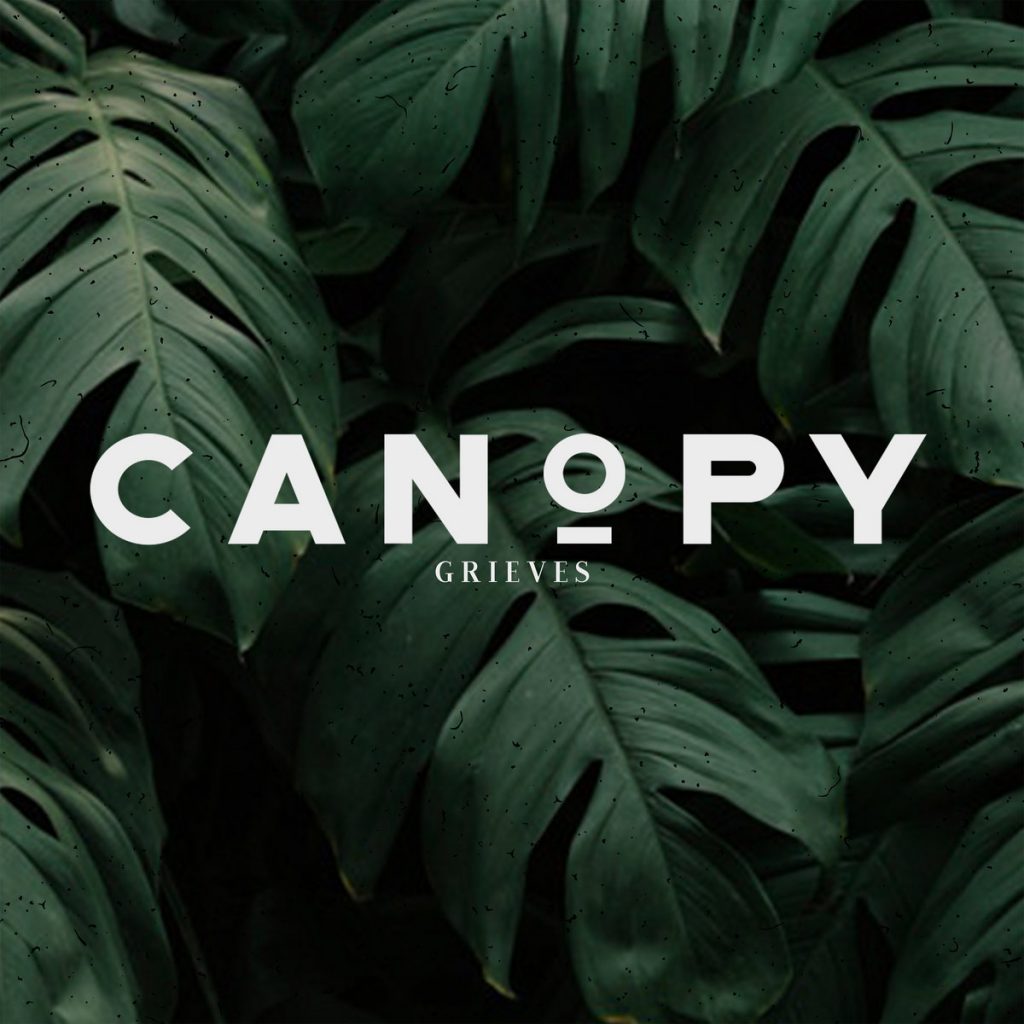 I think it’s safe to say that 2020 was a trip for us all. For the most part, we were isolated while being active members of society and basically prisoners of our own residences, leaving us in a state of internal reflection, whether as individuals or collectively as a society. While these headspaces can become dangerous if dwelled on too long, a silver lining is the art that results from it. Grieves is one of the many artists who took advantage of the free time and isolation, and the result is his newest LP, Canopy.

Off the cuff, the album is not your run-of-the-mill Grieves album. It is comprised mostly of instrumentals with sprinklings of Grieves’ voice here and there, and skit-like interludes with some sounding like audio bits pulled from his phone messages. According to Grieves’ post announcing the release date for Canopy, he acknowledges the reverberations of 2020 and said he felt his creative energy was best utilized in the melodic realm instead of “jotting words down”. Clocking a run time of around 42 minutes, it works well as both a focused listen and background music.

Though Grieves is behind the board and keys more than on the mic for this project, he still manages to sprinkle some vocals that weren’t just “skit material”. An example of that would be on the opening track ‘Bad Times’ and the track ‘Jester’, where there is clearly a hook present. While it was rare, it still provided context and a peep into Grieves’ life and surrounding influences. This is also the case with the “skit material”. They were all strategically placed within the project to coincide with vibes that were emitted right before or after them.

Speaking of vibes, that is probably the biggest takeaway I had with the album. It is a vibe, or a trip through and between vibes. For the most part, like most Grieves’ discography, the chord structures are mainly in minor keys. This gives that dark, dystopian feeling that Grieves tends to reach for. So, the project still sounds very much like a Grieves project. That says a lot when you are a rap artist putting out what is essentially a beat tape. Aside from that, I also noticed that there were lo-fi vibes, but it was done in an interesting way. Typically, the lo-fi genre is known for grainy, aged “samples”, though a lot of the time the producer is actually playing an instrument (i.e. guitar or rhodes, two instruments found commonly in lo-fi production) and is processing them to sound like wax samples. In the case of Canopy, Grieves seems to be integrating more synth and electronic 8-bit elements (which I personally think is a very trademark Seattle thing), making it sound less grainy lo-fi and more like a hybrid genre-blurring slurry in the best way possible.

The drum sample selections were tasteful and programmed with groove. With Grieves’ past releases, I’ve always noticed that he gravitated toward dynamics and dramatics. So, it’s no surprise that he strategically weaves the drum patterns in and out of tracks to create moments of suspense and tension. The track ‘Baby Steps’ is an example of how he uses those mechanics to provide a more impactful listening experience. However, he takes the opposite approach with my personal favorite track on the album ‘Night Hawk’, where the drums and synth bass are aggressive and in your face. While the track in itself doesn’t have much of that drum weaving as the other tracks, the placement within the album as a whole is in itself an example of how Grieves tends to utilize space within a project for dramatic effects.

All in all, Canopy was a great experience. There were interesting elements to glean from it, but most of all, it evokes an indescribable vibe or feeling. It’s not happy but it’s not sad and seems to come from a dark place but it’s not bleak. Sergio, what are you talking about, you ask? Go give Canopy a listen and find out for yourself.

CHECK OUT CANOPY AT THESE STREAMERS BELOW