Marlon D Reps For Pinoys and Boom Bap on Act 2 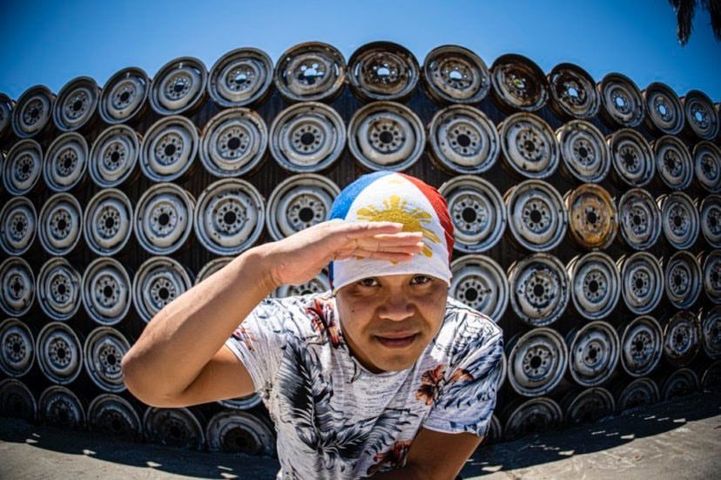 Checking in for the first non-NW entry onto Razor Tongue Media is Oxnard, CA Filipino MC Marlon D.  The man has been at it since the early ’00s and returns with his 10th album, Act 2.

You can tell by listening to Marlon that he is a fan of the Golden Era of Hip Hop, and you already know there is nothing wrong with that to yours truly.  He demonstrates this by holding true to his steelo throughout Act 2‘s whopping 20 tracks.  There is no autotune on this record, no trap beats, not even any chopping.

This is his take on Boom Bap, which varies throughout some but heavily pulls from oldie samples and music your (and probably his) parents and aunties and uncles jammed out to.  Even though there are several producers on the record (Hash Beats, Ambush Sequence, Klutch, DJ Space, and DJ Root), there is definitely a sound that maintains tone throughout and you can tell Marlon (who also co-produced about half the album) had a vibe he was pushing for.  It has a lot of 60’s R&B laced in with scratchy drums, a contrast that births a real cool Walkman type groove that pays homage to the era of the greats.

Marlon matches those scratchy drums with a gravelly cadence that covers a broad range of topics throughout the album’s length.  Amongst other things, there are pledges to real rap (“Hands Up” and “Bad Dreams”), hard work (“Hangin’ On”), contemplations on life (“Sunny Days” and “Slipping Away”) and social justice (“Fist Up”).   Its a good mix that makes sure to not stay too long in one lane, putting on for pure Hip Hop and Filipino culture at the same time.  Throw the backpack on and hit these links up below and peep him out.

CHECK OUT ACT 2 AT THESE STREAMERS BELOW