Middle Schooler King Zaae Has Got Next On "Rockstar Girl" 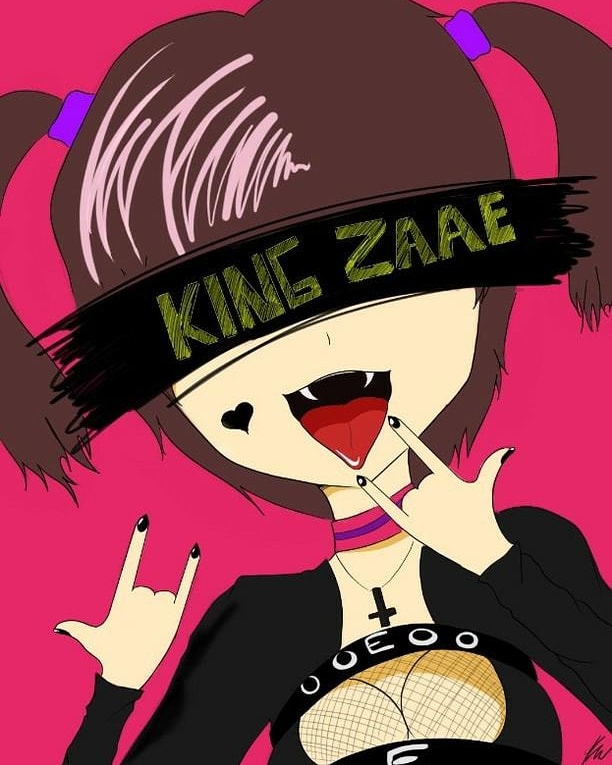 According to the United States Census: The Columbia City neighborhood in Rainer Beach, South Seattle is the most diverse area in the U.S.A.; with the most languages spoken here than in any other zip-code in the entire U.S. On Rainer Ave lies an oasis of anti-racist, decolonized education. Rainier Valley Leadership Academy (R.V.L.A.) is a middle-school/high-school where true eduction and herstory thrives. Decolinizing spaces and minds is an actual, factual reality in these walls. Art and leadership flourish in this institute and one of the Hip-Hop highlights that reside there is a 14 year-old 8th grader named King Zaae.

King Zaae encompasses all that a new Hip-Hop artist could be. Zaae has rapping and singing in his arsenal. If you were to categorize his style of music it would be Emo-Hop, a genre of Hip-Hop where the M.C. is vulnerable and open about their feelings. The problem is many of the M.C.’s, although freaking new styles of rapping and singing, tend to still fall victim to the basic stereotypes and tropes of masculine-driven Hip-Hop and mainstream culture. So you have an artist speaking about how they are sad but it is because they mistreated a woman. This is not pushing People forward. It is just an insight into the mind of the lost.

Zaae actually raps about his feelings and the feelings of others from an empathetic, caring, understanding viewpoint; as opposed to taking the viewpoint of the abuser. Zaae takes us into the mind of a caring, empathetic, young-man who is not trying to game others but trying to empathize with others. Let us realize that Zaae’s take on this genre is groundbreaking and it deserves its own name and definition. I propose Empathy-Rap. Instead of rapping about shallow feelings, King Zaae takes Emo(tional) rap to it’s the highest level of Empathy-Rap. Zaae takes into account other People’s feelings and is more considerate than just touching the surface of his own shortcomings. Expressing feelings and caring for others is strength. So no one is more of a strong M.C. than the young King. King Zaae is from a beautiful place, going to a beautiful school, making beautiful Hip-Hop; and I think it is all related.

Perhaps the most amazing aspect of Zaae is he is totally self-taught and self-produced; making his own beats and recording himself. One day as a youngster he picked up his mother’s phone, began messing around on garage-band; and genius was born.

The young artist has a short four-song EP on all streaming platforms titled Lost. To quote a bar of lyrics really does not serve King Zaae justice. So much of his music is the touching melodies and harmonies and the moving notes he hits when he sings. It must be listened to in all it’s capacities to feel the depth of emotion. Please listen to King Zaae’s newest single “Rockstar Girl” now on all streaming platforms.

CHECK OUT “ROCKSTAR GIRL” AT THESE STREAMERS BELOW