Nappy Roots Show No Signs of Slowing at 40rty 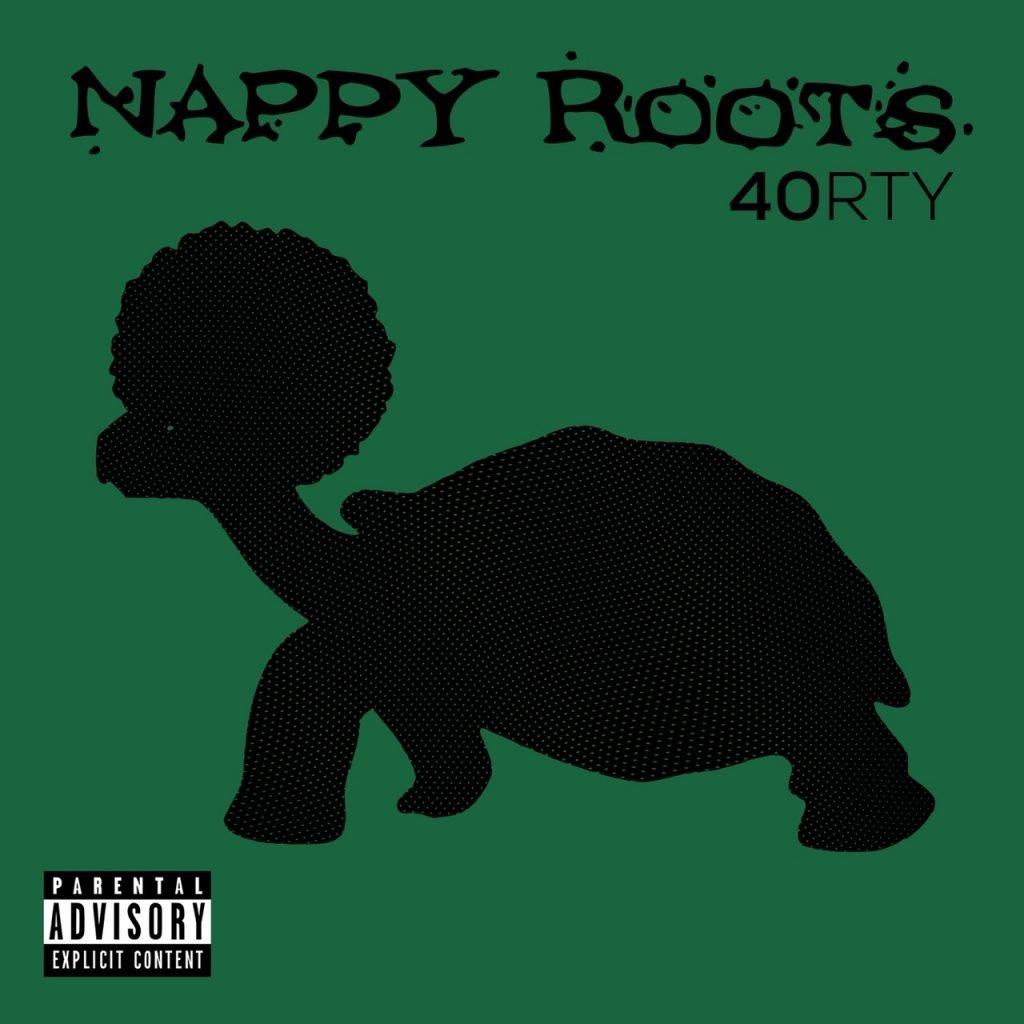 Kings of Southern Rap Nappy Roots have delivered to us a real gem in 40RTY, the group’s latest project. With a combination of their signature Southern showmanship and mature, introspective lyrics, Nappy Roots shows us why they’re still at the top of their game.

Like most of their music, 40RTY presents a romanticized version of the South, highlighting a desire to live a simple life and quality time spent with family. However, now we are hearing it through a nostalgic filter, one that Nappy Roots is only able to give us at this point in their career. Many of the tracks contain references to their time spent growing up in the area, getting into trouble and drinking with the family. It’s almost enough to get me to pack up and leave the Seattle rain for greener, wider pastures. Almost.

It’s not all nostalgia, however. As always, Nappy Roots makes it clear they’re still connected to the communities that raised them. The album’s third track Jivin’ and Shuckin’ is an ode to revisiting those old, familiar backroads on the way to the future. The track, backed by a slow meandering instrumental, celebrates ‘smoking on some green as [they’re] riding through the country.’ The final destination of this fated ride? Atlantucky, the group’s brewery in Southside Atlanta. It seems that perhaps Jivin’ and Shuckin’ is a metaphor for the group’s career. They’ve spent their lives building Nappy Roots into something to be proud of (a goal they’ve exceeded, clearly) and are now looking to branch out into business ventures like brewing beer. The group shows no signs of slowing down musically, however, despite some newfound entrepreneurship.

Another highlight of 40RTY is “Do Better”, a down-tempo contemporary take on current events. As always, Nappy Roots is right on the pulse of race politics in America. “Do Better” is about how each of the members is trying to ‘do better’ in making the country a safer place for the young people in their area. It comes off as almost apologetic, but with a promise to keep on trying. Ron Clutch raps ‘wanna pick up a picket sign, run away with the protestors, but don’t wanna share the same fate as our ancestors,’ creating a stark image and explanation for any hesitance people may have about getting boots on the ground during protests against police brutality. In that same verse, Clutch goes on to say:

‘They doing it for sport, we doing for justice

Doing it for the whole, just trying to do my part”

This should make it clear where he stands on performative activism. The rest of the track is in a similar vein, with other members of the group reflecting as well, vowing to ‘do some good business ‘stead of tryna finesse, put my people on as opposed to gettin ’em on.’

Overall 40RTY is a fantastic addition to the genre spanning catalog that is the Nappy Roots discography (and that’s not even talking about the early 2010s EDM inspired closing track “Good Life”. No, seriously, check it out. It rules). Nappy Roots continues to show us it’s OK to like your hometown, it’s OK to be nostalgic about the people you miss, and it’s OK if you’re not perfect, as long as you keep trying to do better.

Now, to track down some of that Atlantucky…

CHECK OUT 40RTY  AT THESE STREAMERS BELOW