Porter Ray Brings You In Close
When Words Dance 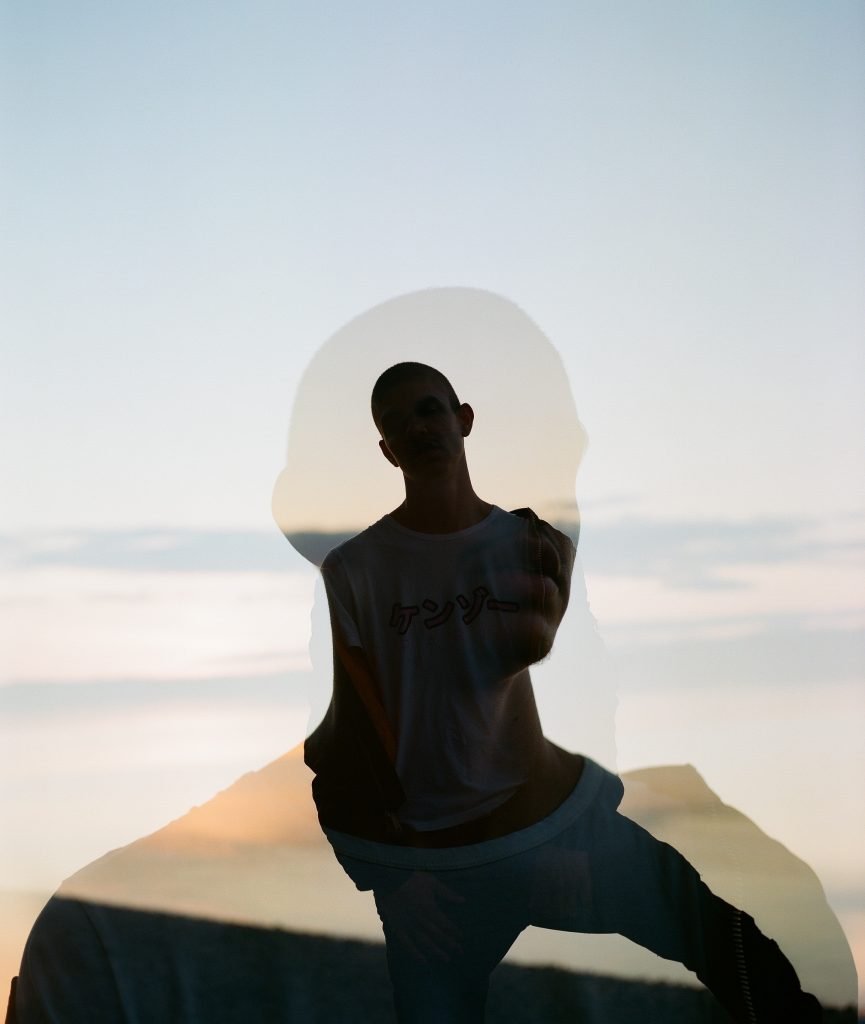 In an artistically and intellectually adept way, Porter Ray’s When Words Dance is a glimpse into an artist’s mind. It’s a finely woven mesh of lyrics intertwined among dope beats, dreamy piano riffs, topped with a jazz quality. This accompanies the hypnosis of Ray’s mesmerizing tone and inflection. When it all comes together, the listener is transported.

Brought by producer B Roc, the second track “Daydreamer (When Words Dance)”, has a grainy sound of retro vinyl that is the PNW rain while the piano plays the part of the sun that always manages to come through in those early spring days to remind us the gray isn’t all there is. And just as it forms, the lyrics match my thought, “that shit feel classic.” The description of his white tee, sweats, and sneakers conjure images of the street hustlin’ crushes from my youth. I am sixteen again, riding with my girls, rocking sunglasses and a hoodie.

“I see Lucifer in these officers/ book you without a proper search
Pop your shirt/ Papi will kill you trying to knock your worth
Blackhawks, cops binoculars/ try to watch the turf
Asphalt blacktop poppin’, I sit and watch the turf“

“Daily News” brings it back to reality. There’s blood in the streets for POC in America. As a white woman nestled in the rural outskirts of Olympia…let’s be honest, even when I was living in the South Bronx, I could never truly understand what it is like. Both tracks featuring fellow artist Ca$htro (“Starchild (93mil)” and “Time Travel (PlanetShine)”), remind us of the battles faced by POC in urban centers around the country as they poetically touch upon the incarceration and death of people in their lives. The Seattle news broadcast at the end of “Daily News” is like a bibliography on a research paper. These aren’t just words set to beats, this is real.

Continuing the trend of “Daydreamer”, are the tracks “Camouflage”, “Sometimes”, and “Pisces” which inspire imagery of Porter Ray rolling the glistening Seattle streets with you in the passenger seat staring out the window, co-pilot to his busy day. The vinyl rain and piano sun continue to play a role in Ray’s musical painting. You “pass trees to pass time” (“Camouflage” w/ Tacoma’s Bruce Leroy) and the blunt smoke is hazing your transparent reflection. You see Seattle through his eyes; yet simultaneously, long-forgotten memories of riding around with your own crew emerge from dusty corners in your mind. When Porter asks you to “peep them mountains” on “Sometimes”, the suggestion basically becomes a PNW mantra and these tracks will be public transit earbud staples for years to come.

When Words Dance reminds us of the constant battle of gray we know too well in the PNW. He lets us know in “Eye of the Storm” that he’s still in the fight when he says he’s “grasping at the sunshine through the eye of the storm.” Those of us who know his story cheer silently for him. To finish this masterpiece of an album, Ray transforms into a Hip Hop troubadour for the last track. It is a cleverly crafted tale of star-crossed lovers who rob a bank only to have the heroine perish from gunfire. We feel the bond, the love, the pain, and my poet’s heart can’t help but make the connection to his oldest son’s mother who passed away shortly after his 2017 album Watercolor dropped.

He let us in and revealed all the scars that build his artist’s soul.

Porter Ray’s When Words Dance is a hip hop reverie, and if you haven’t had the chance yet, get on your favorite streaming platform and let yourself be taken away.

CHECK OUT WHEN WORDS DANCE AT THESE STREAMERS BELOW