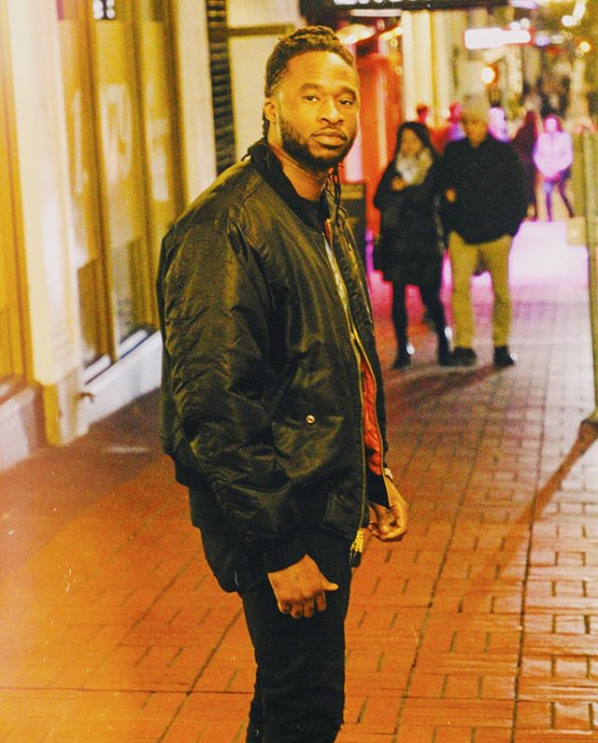 In the midst of the historical fight against systemic racism and the agents across the nation that enforce its grip,  many artists have put their own releases on the shelf to keep focus on the moment at hand.  But a handful from our region particularly recognize that there is a necessity for art to be made to document this time and assist to inspire and keep the flame lit.

Arkansas native turned Portland stalwart Rasheed Jamal is on the frontline in that pack with three releases dropped since May, closing out his summer trilogy with the three track EP High Tech, Low Life.  HTLL is all gas, featuring Jamal’s distinct brisk spittery over three aggressive bangers.  The first two tracks, “Give It Away (Cntrl)” and “Picture Me (Alt)” have heavy rock influences where Rasheed highlights his versatility by sliding effortlessly into mosh mode.   Jamal is one of the Rose City’s most consistent workers, a constant beacon of compelling lyricism.  And while HTLL may not be as heavy as the two previous releases The 3rd Idea and 22 Grams | Iamthatiam, there is still plenty of game to pickup in between the clever sucka smashing.

Jamal has said on his Bandcamp that the summer releases are over but given his release pattern over the last few years it will likely not be long before we hear from him again.  Until then, there is plenty of rewind material over the trilogy that you need to catch up on.  You can do that starting right here at these links below.

CHECK OUT HIGH TECH, LOW LIFE AT THESE STREAMERS BELOW