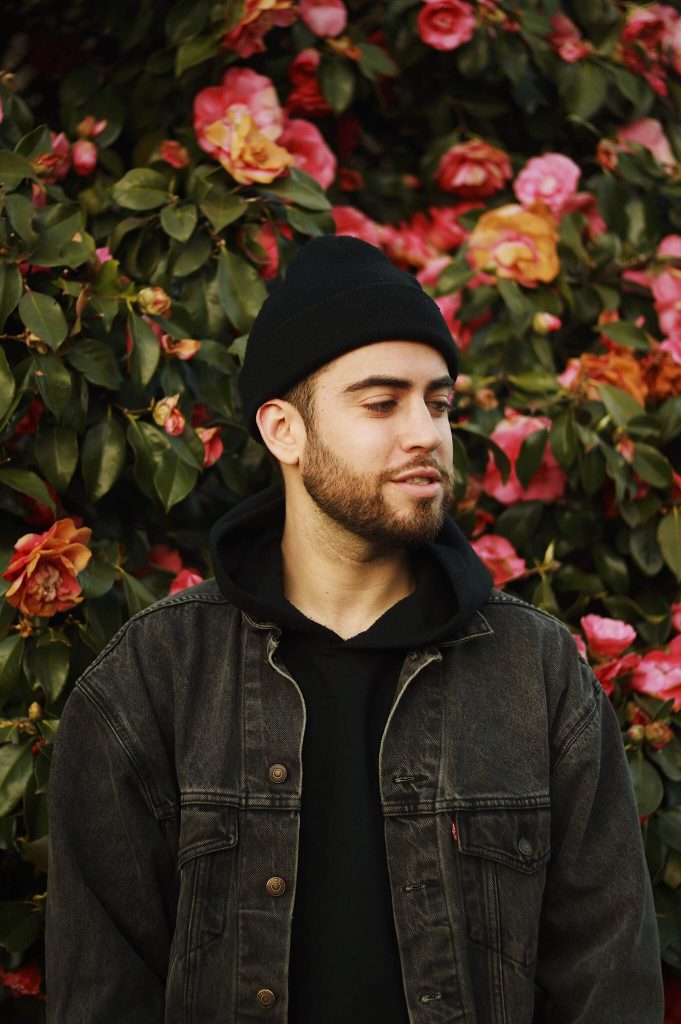 In January 2020 Sam Lachow posted his first ever vlog-style video titled, “Drugs, Alcohol, and How I Got Sober.” In this video, Sam chronicles his long and tumultuous relationship with intoxicants and addictions. At the time of filming, Lachow had been sober for 175 days, but said he was still struggling and attending AA meetings almost daily. “I’m still learning and figuring this shit out every day,” said Lachow. This video and the accompanying single, “Lady Sunday” marked the end of a two year hiatus Lachow had taken from music, and public life in order to focus on his physical and mental health. From what Lachow describes in his Sobriety video it sounds like re-discovering his creative process with a sober mindset was one of the most difficult steps in his journey, saying,

“I had relied so heavily on drugs and alcohol to make music for so long that I didn’t know if I could do it sober… My writing process included a glass of whisky or vodka and a bag of blow. So I had to re-learn how to make art again with out that shit… [Thankfully,] that child like passion came back, it was a fucking miracle.”

Corduroy represents the body of work Lachow produced while getting sober, and is likely his most vulnerable and mature work to date.

There’s an interesting and deeply personal story told in Corduroy, It’s not told chronologically, but the pieces are all there for the listener to assemble if they so desire. For instance on the track “Chemical” Lachow says:

“I can’t drink without craving ye
And that’ll have me staying awake for 3 days
I can’t calm down without popping a xan
The next day I’m gon repeat the whole thing.”

When I first heard this line I was unaware of Sam’s battle with addiction, so I interpreted these bars as boasting about wild nights experienced while living the “rapper lifestyle.” However, with this new context in mind, these bars take on a much more sinister, and confessional tone.

Other tracks such as, “Ugly Little Rainbows” do feature bars that read as admission of past mistakes on a first listen. On the track Lachow says,

“She fell in love with me when I was at my worst
And now she expect my ass to change
I can’t blame her though, I was going crazy yo
A little cocaine made me feel way more famous so
I wasn’t hearing it/ I was delirious.”

Additionally on the track “Devin the Dog” Sam says:

“I don’t need to blow up no
But my fans deserve to watch their mans grow up so
Less sleeping the whole day
And more taking my dog to dog parks in the AM.”

So, while no one song on Corduroy speaks specifically about Lachow’s struggle with addiction and his path to sobriety, the listener can hear lines sprinkled throughout depicting a man working through different steps on that path. This collective image ultimately feels more genuine and less preachy then a song saying “here is how I got sober and this is why you should to.”

Sam Lachow will always be an important figure in the Seattle hip-hop discussion, and after repeated listens to Corduroy, I hope he is doing okay. Addiction and sobriety are gnarly paths to walk, and drugs have taken many, many young rappers away from this world. I’m glad that Sam has taken the necessary steps to ensure his mental and physical health are in check. I also applaud Lachow for having the courage to voice his struggles both candidly in his vlog and artistically through his music. It takes real bravery to open up about your past missteps in a public forum, and I hope that Sam knows he is deeply loved, both as an artist & and human, by his family, friends, and fans.

CHECK OUT CORDUROY AT THESE STREAMERS BELOW