Speedy's New Record Goes above & Beyond 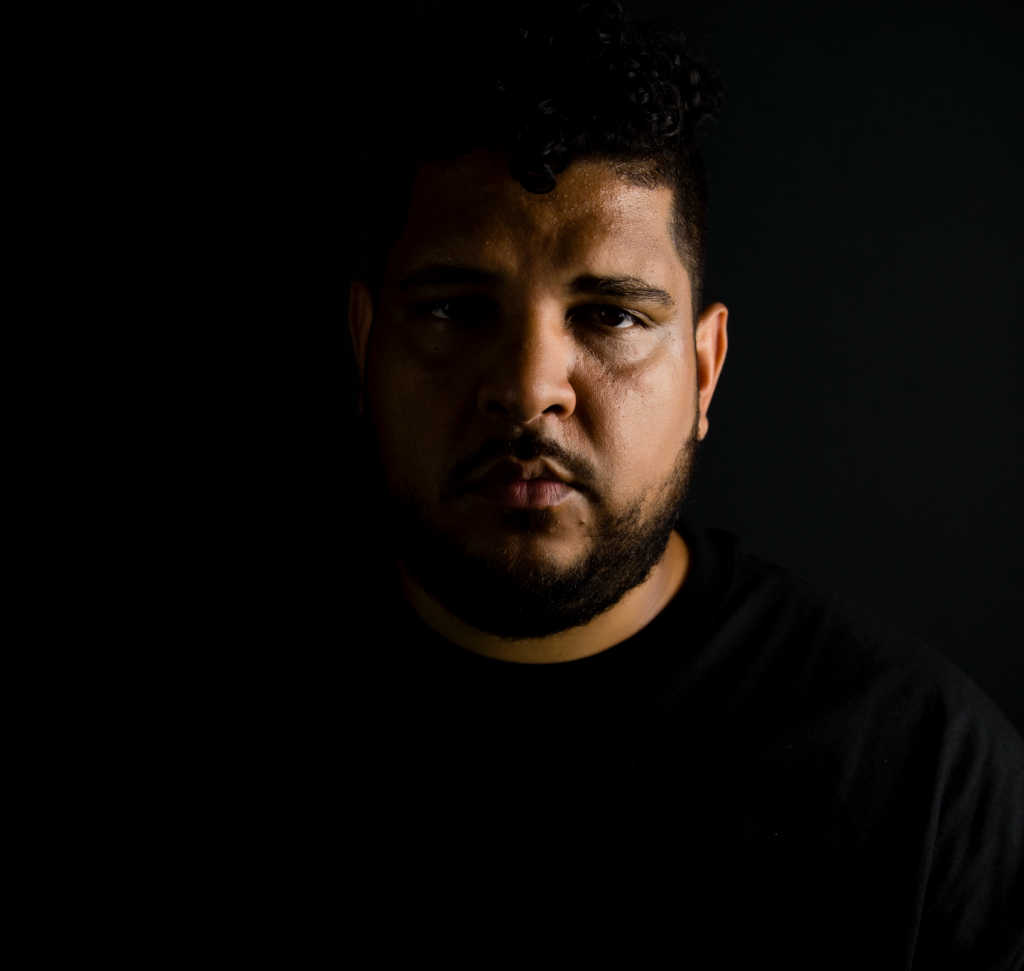 The rap game is a mirage, a false oasis of big loot, flashy rides, and shiny twerking booties.  Even throughout all of the music’s switches in patterns and tastes throughout the years, that illusion in a desert seemingly filled with nothing but other rappers has remained steadfast.  There are very few who find the real hole to drink from.  And thus, most cats will give the search up and head back to safer landscapes to quench their thirst in.

Those who remain and don’t blow are there for the love, a craving to create art that is born in the soul.  And there is something to be said for cats who hold in for that long.  There is a freedom that comes from not giving a fuck anymore about image or trends or keeping up with the cool kids.  I’ve seen this beget some of the dopest music in more than a few careers.  That doesn’t mean what existed before wasn’t dope.  Its just refreshing to see people take chances and make what they feel like.

Speedy fits that vein.  A Northwest vet who has been pushing releases since 2005, Speedy has worked through several different eras in the Seattle scene and consistently dropped well put together music.  On his latest project Beyond, he holds to that standard and then some with a record that highlights his ability to bring dope ideas into a complete, unique sonic package.

Starting Beyond is an intro track with a British host type introducing Speedy and a choir who roll call Western Washington area codes in spectacular harmonies.  Listening to it sticks you with the feeling you are going to be treated to something extra.  And that you are.  From the moment you hear the first horn note on the opening title track, you can tell the production here is top tier.

The rapper is all up to keeping up with the instrumentation as well.  His baritone hits fifth gear on the chops with no problem, a constant over his long career behind the mic stand.  But even more impressive is that Speedy handled production duties himself, which found him putting together an international team of collaborators.  India, Spain, Chile, the UK, Ukraine, Serbia, Ghana, and Venezuela all are in the building for the duration.  That representation alone is a hell of a feat.

Speaking with him, he said as a fan of live instrumentation he had long sought to work again with classically trained musicians after teaming up with an opera singer early in his career.  Here he is on that process and the passion from which it was formed:

“I actually had an opera singer on ‘It Don’t Stop’ from my debut EP Hang Loose that came out in ‘05. However, this time around it was much more calculated. I wanted to use everyone’s talent appropriately while staying true to my artistry. I came across an ad for a digital marketplace full of classically trained artists and I decided to hire them.

I always approach my music like it’s going to be the last project I ever do. Authentic inspiration comes and goes for me. I wanted to know that if that was my last project that I wanted to be proud of it. I decided to take advantage of the resources the internet allows.” 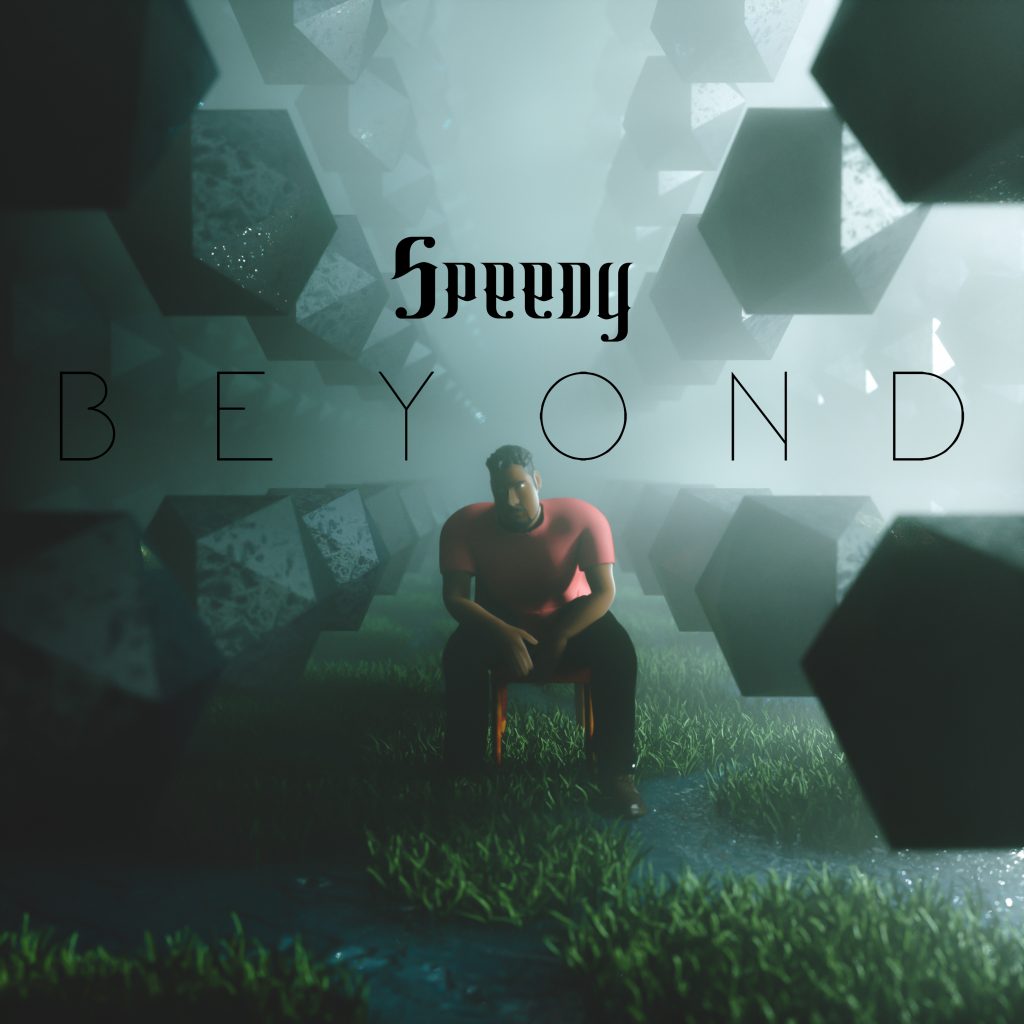 That approach he mentions shines through clearly.  “Ride” sees the long time King County resident playing tour guide on a trip down I-5 back up to the west side of the Lake with Kent, Tac, Ruston, and Kirkland all getting plugs.  The track is a definite droptop head-nodder with Speedy simultaneously reminding us to not forget to watch for 12.  It’s a stark reminder on an otherwise feel-good type track which is fitting given the impulse to stay on guard many POCs feel even through the most relaxed of moments.  Another one of my favorites on the project is “Wish You Da Best”, a rumbling farewell to old ties that can be felt by anyone who has ever grown apart from a once strong bond.  Its a no love lost, but I’m moving in a new direction type vibe that underscores the grown man tone all over Beyond.

It’s the closing track “Play Dead” that really is the star though.  Opening with a long instrumental intro accompanied only by beautiful harmonies, it’s one of those build-ups that hits your heart without a word.  The vocals are sung by his 15-year-old niece Claudette, the second family appearance after his cousin Nehosmar Vargas laid the cello on “Kill the Opera”.  The single verse here on “Play Dead” is short but poetic:

Heavy but eloquent, the verse is one of those times when someone highlights their perceived shortcomings and you can’t help but hold it against your own.  Speedy said the message is one of facing your own darkness and that the lyrics wrote themselves as he recorded.  He likened the creation of the track to a spiritual experience, one where everything just seemed to form on its own.  It shuts the lights off on Beyond in grand yet solemn fashion, that rare closing track that will become the centerpiece of a release.  Go check it out now.

CHECK OUT BEYOND AT THESE STREAMERS BELOW