One constant throughout the history of Hip Hop–and really all genres of music–is the habit of aging artists attempting to evolve into modern trends and styles to stay relevant.  The practice has been done with mixed results, sometimes even so much with the same artist.  As a recent example, Nas has songs on his latest album King’s Disease II where he sounds both good (“Rare”) and not (“40 Side”) when blending his craft with the current mannerisms of today’s popular rappers.  But in Hip Hop, the direction to adhere to the roots of the Golden Era has proven time and time again that when done well, an artist will yield timeless music consistently.  The Boom Bap Project have over their career presented steadfast proof of this, and perhaps never as well as on their latest album Return Flight.

The Boom Bap Project, once rising stars in indie Hip Hop, took a 15-year furlough after sacrifices from life as music artists gave way to the responsibilities of taking care of self and family.  We spoke with the BBP a couple of months ago in an On the Blade segment where they relayed that Return Flight was partly born from opportunity in Covid-life and partly from a frustration at not seeing the elements of Hip Hop properly conveyed in today’s era of Soundcloud and Trap rap.  Their dedication to these elements is heard all over the new album,  each song setting down evidence to the argument that the raw sound will never die, no matter how much it may fly under the radar.

Opening track “Been So Long” launches the tidal wave of the aforementioned proof, a Trox symphony over which MC’s Karim and Destro account for their long hiatus between a Rakim sample and DJ Tre spinning snippets from various interviews the crew has given over the years.  After that, “Don’t Follow Me Down” finds the squad speaking in somber tones about the realities of the stresses that come with being older, where alongside Wordsworth they address these pressures and the burdens they bring.  It’s one of the dopest cuts on the album, featuring a melancholy harp-driven instrumental from Craig Rip and an earnest chorus from Karim’s wife Rachel Panni.

The record continues through four more cuts including “Hagler vs Hearns” and “Deion Sanders”,  all of which are clear-cut offerings that the throwback, boastful type of tracks that rap was built on will never grow old.  It’s on these that we hear the Boom Bap Project really show off the power of a punchline on bar after bar over gritty beats that MC’s everywhere would murder to spit on.  But it’s the final track “Ink Drips” that finds the crew at their best, a song that we already called one of our favorites of the year.  The Vitamin D beat alone is rewind material,  of which a moving piano loop carries the MC’s through the length until the closing.  Then out of nowhere, a violin and horn duet provided by Alison Balano and Rachel Panni provide a sonic final curtain on an already amazing album.  It’s instrumentation cut for kings, and Karim and Destro make sure to shine as they touch on the road that got them to this point and the hardships it entailed, an instant classic and not to be missed.

That speaks on Return Flight as a whole.  It’s fitting two of the track’s titles are sports-related in “Hagler vs Hearns” and “Deion Sanders”.  The album harkens to thoughts of the aging star athlete looking to get one more ring or victory.  And in that vein and terms of quality, there is no question that the Boom Bap Project has accomplished that feat.  Get it in your headphones asap.

CHECK OUT RETURN FLIGHT AT THESE STREAMERS BELOW 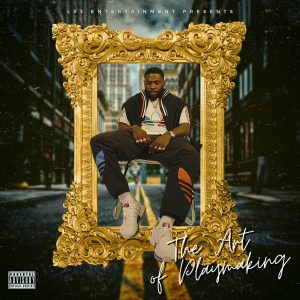